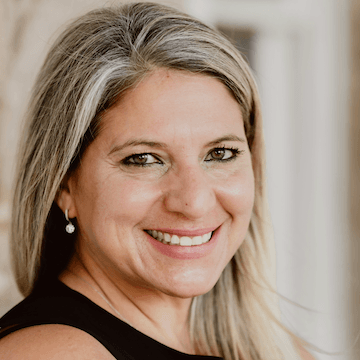 Margarita joins Primavera from the University of Arizona, where she was senior director of communications for the Health Sciences. Margarita had recently joined the board of Primavera Foundation, passionate about the organization’s mission to provide pathways out of poverty through safe, affordable housing, employment, and financial security.

A former journalist, public relations professional, and veteran, Margarita has spent her career making sure diverse voices are heard and stories told. As a former National Association of Hispanic Journalists board member, she led training for professional and student journalists of color to strengthen the pool of diverse voices in mainstream media. As an agency Hispanic Communications leader at General Motors, she created a boot-camp style program for student journalists of color to train to become automotive journalists. She has continued her commitment to diversity as an editorial advisor for Native News Online, a national news site about Native issues told by Native voices.

Margarita started her career as a journalist, writing for Michigan newspapers including the Detroit News and Detroit Free Press. Her work has appeared in The Washington Post, The Boston Globe, Chicago Tribune and USA Today and Teaching Tolerance, a project of the Southern Poverty Law Center. At General Motors, she supported executives in their relationships with national Hispanic organizations. Margarita also led communications at the Community Foundation for Southeast Michigan, a seven-county foundation that supports arts, education and programs for underserved communities. She was also executive communications director at Northern Arizona University.

A former U.S. Army officer in public and civil affairs, Margarita has remained involved with veterans communities, volunteering for the Veterans Yoga Project, whose mission is to support recovery and resilience among veterans, military families and communities. She started yoga programs for veterans at the Detroit Veterans Administration and at Northern Arizona University.

Margarita is a native of Puerto Rico, starting her university career at the University of Puerto Rico (Rio Piedras) and earning bachelor’s and master’s degrees from Michigan State University as well as journalism certificates from the Hechinger Institute at Columbia University (NY).